GAUTIER, Mississippi — Tobacco use kills people every year. According to estimates from the Center for Disease Control, more than 5 million people currently die as a result of using tobacco each year. If current trends continue, this is expected to rise to 8 million per year by 2030. 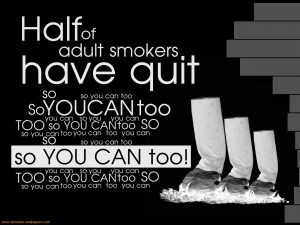 Vaporizers and E-Cigarettes a Growing Trend

However, a new and growing trend may change these statistics and help increasing numbers of local people avoid dying because of their tobacco use. In Jackson County, more people are switching to electronic cigarettes. Also known as e-cigarettes and vaporizers. Along the Mississippi coast, the area is considered a mecca for tobacco users who are making the switch.

In November of 2011, Smoke Screen in Gautier started the trend when the store opened. In the past, electronic devices were sold only in convenience stores and gasoline stations. They were made to look like cigarettes. The e-cigarette devices that stores like Smoke Screen are selling are much more sophisticated. That sophistication of design and engineering is helping more smokers successfully kick the tobacco habit.

Kevin Wilson, Smoke Screen’s owner, says that products such as the Vision, actually use an oil comprised of propylene glycol. Propylene glycol is a clear, viscous, and mostly odorless product that is an organic material. It is mixed with vegetable glycerin and food flavoring to create a solution that contains nicotine. Users experience the sensation of smoking without the negative effects associated with burning material.

How Does an E-Cigarette Work?

The devices work simply. An atomizer(a small electric coil) inside the e-cigarette applies heat to the oil. The heated oil changes to vapor form. This vapor produces similar sensations to the smoke inhaled with regular cigarettes. The production of this vapor is why using e-cigarettes is commonly referred to as vaping.

Within the vapor, there is no tar, no chemicals other than the ones listed above. Most importantly, no carcinogens. The vapor is produced when the vegetable glycerin is heated. This is the same stuff that concert promoters use to produce the effect of smoke on stage during popular music concerts.

Users are able to choose the level of nicotine within the oil. Amounts usually ranging from 28 percent nicotine to zero levels of nicotine are included within the selected product. Many vapors use these controlled levels to gradually step-down their addiction to nicotine.

Since the oils are flavored, users sometimes continue to vape even after they have completely eliminated all nicotine from the oils. There are many flavored choices available. It is likely that one or more will attract every potential user. Now people are vaping medicinal oils to help with pain, sleeping, and plenty of other ailments. Check out our CBD reviews to learn more. Once vaping came onto the marketplace, the sales volume of other stop smoking devices on the market began to fall. Users simply weren’t buying as many FDA-approved patches, pills, or other stop-smoking products as they had in the past.

Wilson believes that it has been pressure from the pharmaceutical companies that manufacture these stop smoking products that have kept the vaping industry from being able to sell e-cigarettes as stop-smoking products. Instead, they are promoted as an alternative to smoking.

Wilson and his six employees are all ex-smokers. Census data shows that before Smoke Screen opened its doors there were at least 30,000 smokers living within Jackson County. He believes that those were very conservative estimates.

Better Vaporizers Due to Demand

Since the store has opened, high-end e-cigarettes are increasingly being seen in public spaces where smokers congregate. Ocean Spring’s Lanny Arnold made the switch from tobacco to vaping. He reports that he first purchased the Vision e-cigarette in January and used it without a break for seven consecutive weeks. One day, he forgot the device at home and was surprised to find that he was able to make it through the entire workday without craving any tobacco.

As a regular one-pack-a-day smoker for more than 30 years. He was finally able to conquer his addiction to tobacco. Now completely free of the habit, he gave his vaping equipment to a friend who also successfully ended his own 25-year tobacco habit. He believes that vaping really works.

Users get their nicotine fix which calms them down. Over time, they lower the number of nicotine levels within the oil. Having something to do with their hands is comforting for smokers. The sensation that the smoke delivers is satisfying for them. It’s better than quitting cold turkey because you control the process.

Vaping poses no public health risks to others. Second-hand smoke from traditional cigarettes leads to the death of almost 50,000 people each year. The smoke released from vaping contains no carcinogens or tar. Many users report that their usage levels decline over time and many vapers are able to stop using it completely.

Smoking cigarettes has earned a deservedly bad reputation. With the rise of e-cigarettes and vaporizers, many expect that adverse health effects due to smoking will rapidly decline. The more people who are vaping, the fewer people there are who are burning harmful tobacco cigarettes.